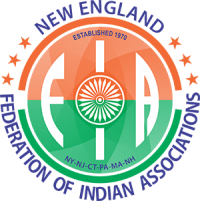 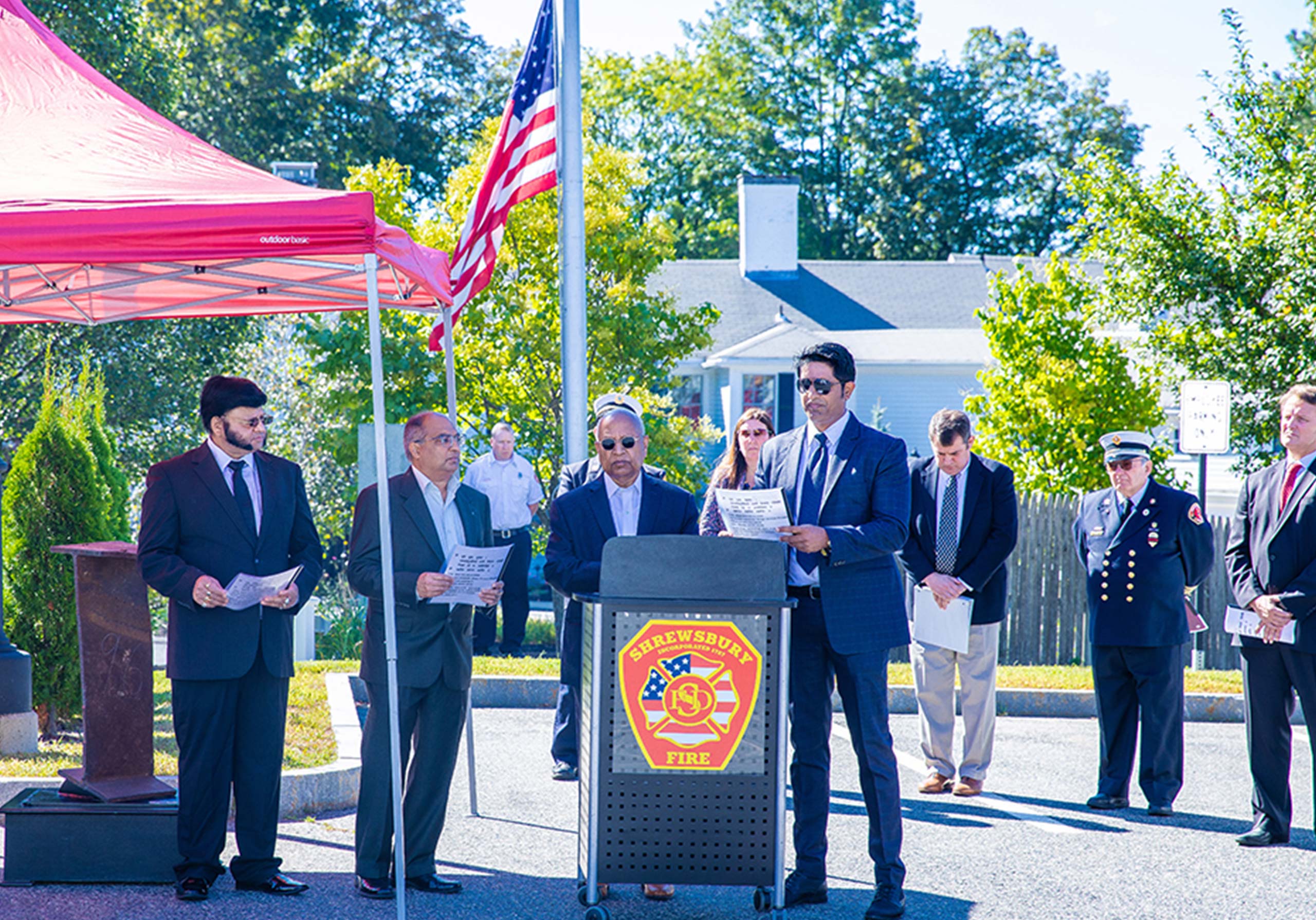 Federation of Indian Association (FIA) and Indo-American Community of New England region joined with Shrewsbury, MA Fire Department in their 20th anniversary of the Sept. 11 terrorist attacks remembrance ceremony held on Saturday, September 11, 2021, at the Shrewsbury Fire headquarters. Several community leaders along with a number of the public attended the event and showed their heartfelt support.

September 11 attacks also called the 9/11 attacks involved a series of airline hijackings and suicide attacks committed in 2001 by 19 militants of the Islamic extremist group al-Qaeda in the United States, the deadliest terrorist attacks on American soil in U.S. history. Some 2,750 people were killed in New York, 184 at the Pentagon, and 40 in Pennsylvania (where one of the hijacked planes crashed after the passengers attempted to retake the plane). Police and fire departments in New York lost more than 400 personnel who were involved in the rescue work. The attacks caused extensive death and massive destructions.

The morning program started with Apparatus roll out of bays to the appropriate location in front of the station and followed by all fire department personnel and guests assemble at attention in front of the apparatus and maintained silence. Then the entire program conducted in the sequence of Ringing of Bell – 4 sets of 5 chimes each; Lowering of station flag to half-mast; 1 minute of complete silence; Prayer, followed by Firefighter’s prayer; Ringing of Bell- 4 sets of 5 chimes each; Raising of the flag.

In the prayer, all the brothers and sisters who lost their lives on sept.11, 2001 were remembered with compassion and asked God to give the families strength to bear with their losses. In addition, give us faith to see that in death the gate of eternal life, so that in quiet confidence we may continue to serve with honor, dignity, and courage.

Michael O. Moore, Massachusetts state senator for the Second Worcester District spoke on the ruthlessness of the attacks and said, ‘Today, we not only remember those we lost on this day 20 years ago but also honor the first responders who risked their lives in their rescue mission and remain committed to honoring the memory of those we lost.’

Hannah Kane (Republican Party) is a member of the Massachusetts House of Representatives, representing the 11th Worcester District remembered the pain of the people who lost their loved ones in the attack and said that we need take enormous safety measures to combat terrorism.

“We can never let time dull the pain of that tragic day, so it’s an honor for us to remember the legacy of those we lost 20 years ago today,” Chief James M. Vuona said in a statement. The local Law Enforcement officer also spoke on the occasion.

‘We can feel the pain of our American brothers and sisters due to 9/11 attacks as we have also experienced similar pain due to Mumbai 26/11 attacks. We all should make sure that there is no place for such terrorist attacks in any corners of the world’ Founder and President of FIA and Indo-American Community, Abhishek Singh said in his speech. Indian community leaders namely Subu Kota, Sivendra Singh, Mohan Nannapaneni, Raj Gupta, Gaurav Dixit, and many others also paid their homage to the victims of the attacks.

Abhishek Singh, Udgit Mankad, and Raj Gupta chanted Indian Vedic Peace Prayers and Mantras in Sanskrit for peace and harmony everywhere in the universe and ended their recitation by saying ‘May there always exist in all peace and peace alone. Om Shanti, Shanti, Shanti to us and all beings!’

No comments to show.