The Kashmir Files at the Harvard Club 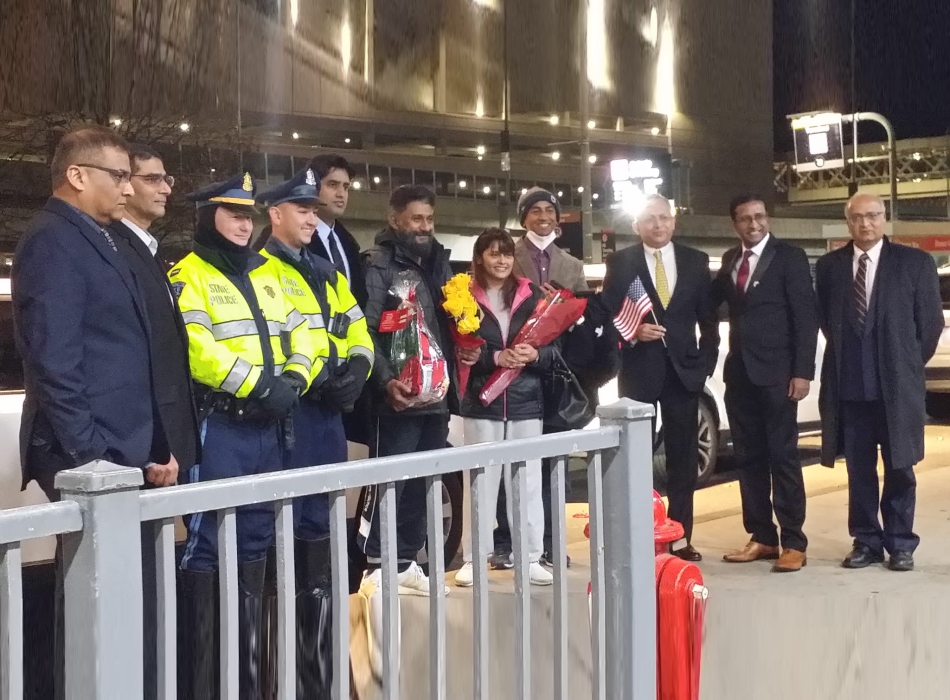 FIA New England and the Indian American Community organized a pre-release film impact program about “The Kashmir Files” at the Harvard Club, University of Massachusetts and Regal Cinema, Boston .

Federation of Indian Associations (FIA) and Indo American Community with many other partner organizations arranged a free sneak preview of ‘The Kashmir File (TKF)’ film screening before the formal release of this film on January 26, 2022, that coincides with the Republic Day of India on Wednesday, December 08, 2021, one at Harvard Club, Boston, MA in the afternoon, and the other at the University of Massachusetts, Dartmouth, MA in the evening. Other at Regal Cinema, Marlborough, MA on the evening of Friday, December 10, 2021. This film has been made based on the real incidents of the exodus of Kashmiri Pandits in the 1990s that tell the stories of horrifying events to the world. Generally, sneak previews provide additional publicity and word-of-mouth exposure for a movie. A hall full of audiences watched TKF – a remarkable film that brought out the horrible truth about Hindu genocide in the Kashmir Valley with pin-drop silence and much inquisitiveness for what happens next.

This film is produced by a well-known and graceful actor Pallavi Joshi Agnihotri and is directed and written by an acclaimed director Vivek Ranjan Agnihotri. Both have done great work to expose a tragedy for which India has failed for 31 years to show the real face of the Kashmiri Hindu genocide. This film is made with the intention of creating awareness and education among people about the true stories of Kashmiri Hindus, and to wipe out the false narratives set by some interest groups all these years. In addition, it is also a history of all Hindus for centuries and perhaps all persecuted societies of the world — whether it is Jews by Christian Germany, Christians in Turkey by the Islamic Ottoman empire, or the native religions of Americas and Africa by Christian West, and systematic destruction of Muslims and their countries by Western deep state today.

Federation of Indian Associations (“FIA”) – New England is pleased to acknowledge support from Rhode Island’s Governor as well as that state’s House of Representatives for issuing Citations to Mr. Vivek Ranjan Agnihotri (Director) and Mrs. Pallavi Joshi (Actor) for pre-release screening of their upcoming movie “Kashmir Files”.  The movie truthfully portrays the tragic events three decades ago in the Kashmir Valley, where extremism and terrorism forced 500,000 people belonging to religious minority community to flee for their lives by abandoning their ancestral homes and other property.

Mahatma Gandhi used to say that Truth is God.  Kashmir Files movie is exposing the stark truth about terrorist violence and resulting human suffering to the world. We hope that this movie will awaken human consciousness, helping heal the emotional scars of the victims, and lead to better world with global harmony in peaceful coexistence. We also hope that the evil of terrorism fuelled by hatred and intolerance will be isolated and extinguished forever and never again the world witnesses another genocide or ethnic cleansing anywhere on Earth.

Organizers of the program welcomed the filmmakers of ‘TKF” with royal treatment and rolled out the red carpet for them at the theater. Abhishek Singh, President of FIA highlighted the mission, vision of FIA, and the moderator Jyoti Singh thanked all those in the audience for supporting their efforts. FIA Secretary Rakesh Kasavari welcomed all to watch the movie with the filmmakers Vivek Agnihotri, Pallavi Joshi Agnihotri and their daughter Mallika Agnihotri.  Vivek said to the viewers that whatever he wanted to say here is shown in the film and requested everyone to watch the movie and share their reviews with them and others at large on all the Social Medias.

The viewers watched the movie for over two hours to grasp the stories of half million Kashmiri Hindu exodus and genocide in the film, it was an effort to remain sensitive to the emotional capacity of the audience to take the movie in a learning stride, thus an achievement by itself. The film truly makes you appreciate the skills of Vivek and his team in weaving all the true incidents into a heart-breaking story to tell the truth to the world, which could not be possible without an immense effort in thorough research. The movie deeply touches you; it touches your raw nerve and wakes you up from your deep apathy and unawareness. It makes you wonder how the continuous killings and destructions of the most advanced civilization – Bharat is on its last stage of hope. It makes you to ask a question to yourself, ‘whether Bharat is going to survive and revive itself or perish soon like any other civilizations.’

The preview audiences who were selected from a cross-section of the population expressed their positive reactions. They said that everyone must watch The Kashmir Files movie to understand the forces that have posed threats to Hindus for centuries. Everyone said that the filmmakers have done justice to the story and every actor had put a tremendous effort and aided by solid performance in this collective film. All of them have become the real characters and not remained just as actors. The message the audiences took with them is that from now on, we need to stay united unconditionally, raise voice against the minority appeasement and pandering by the political leadership, and stop laying of the lives of our soldiers in the process of eliminating terrorists. We all need to encourage our executive, legislative, judiciary, administrative, and others branches of the Central government to get to the root cause of terrorism and eliminate it from the country.

One of the audiences said to the reporter that Vivek Ranjan Agnihotri’s film TKF has made both Bharat (India) and the international arena proud of his creativity.

No comments to show.